Paul Ma is bathed in a ray of sunlight on a bitterly cold but unusually bright day. We are sitting in a small boardroom in Toronto, and Paul has a wide smile on his face that beams warmth wherever he aims it. He is talking about his wife Alice and her book of poetry. Even in her dying days she made him the happiest man alive.

“I first met Alice in February 2013 when she was newly diagnosed with breast cancer,” says Dr. Christine Brezden-Masley, Head of Oncology at St. Michael’s Hospital. “She came with her husband, Paul. It didn’t take long for me and my team to see that this couple had a very special relationship.”

Paul laughs as he recounts Alice’s three different car accidents, all in their driveway. “I have no bad memories,” says Paul, about the marriage that seemed destined from childhood. He didn’t know it then, but his life was decided at age 10. That’s when he met the bright-eyed girl with the beautiful smile. One day Alice Lai would be his wife but back then she was just the girl next door in their home-town of Kowloon, Hong Kong. She was the girl who loved to dance.

After meeting again in Toronto, marriage and baby Raphael soon followed. Paul recalls those days as the best of his life. “My parents lived with us and my mother was not an easy person,” says Paul. “I got into trouble with her all the time and Alice is the one who would fix things. She was a gift.”

It was in November 2012 that Alice noticed a dimple on her chest. She went in for a biopsy and just before Christmas got the news. Alice had IPLC—invasive pleomorphic lobular carcinoma—a type of breast cancer that can’t be detected by mammogram.

Alice was a professional project manager and very organized by nature. Both she and Paul became experts on cancer and approached her diagnosis with the same hope and practicality that had guided their lives until now. They were partners in this as they were in everything else.

There were biopsies and bone scans, surgeries, chemotherapy and experimental drug therapies. Alice was determined to try anything that would either help her or someone else in the future. Paul is quick to say Alice’s oncologist Dr. Brezden-Masley was always up front and never gave them a timeline. “We knew the survival rate was six months to two years.”

Eventually Alice had molecular profiling done and discovered she tested positive for the PIK3CA gene, the most recurrently mutated gene in breast cancer. Dr. Brezden-Masley immediately put Alice on an experimental drug that she hoped would buy Alice some more time. The survival rate was only 7.5 months, but Alice beat that clinical average by more than three years. “Battling cancer is a mental game,” says Paul. “Alice decided she would remain positive no-matter what and I never wanted her to feel my worries.”

Both Alice and Paul are deeply religious and taught Sunday school. Her religious faith never wavered but she found another source of comfort that would see her through the terminal diagnosis. Alice wrote poetry as a way to express the fears, pain and uncertainty that go hand in hand with cancer. But it also allowed her to share her faith and gratitude. In one of her poems, Alice asked “Can I do something for others, to relieve their sufferings in their daily lives. Can I do more?” Over the course of five years, fellow patients, nurses, family, friends and doctors were treated regularly to new poems that spoke so clearly and with grace about her journey.

Paul’s voice spills with pride as he explains how Alice took care of every detail. She even had all of Paul’s favourite recipes compiled in a binder in their kitchen drawer. She’s gone but Paul knows his wife is still looking after him. “I was about to get off a cruise I’d been on with Raphael,” says Paul. “Then I heard her say ‘Paul where’s your passport?’” He laughs and admits she saved him yet again.

Alice Lai-Ma passed away in March 2018. Paul is publishing her poems, with all proceeds from the sale of her book to benefit St. Michael’s Hospital Foundation. He hopes her legacy of hope and courage will inspire others.

Click here to learn more about the ways you can support St. Michael’s, and help us take on the world’s toughest health challenges. 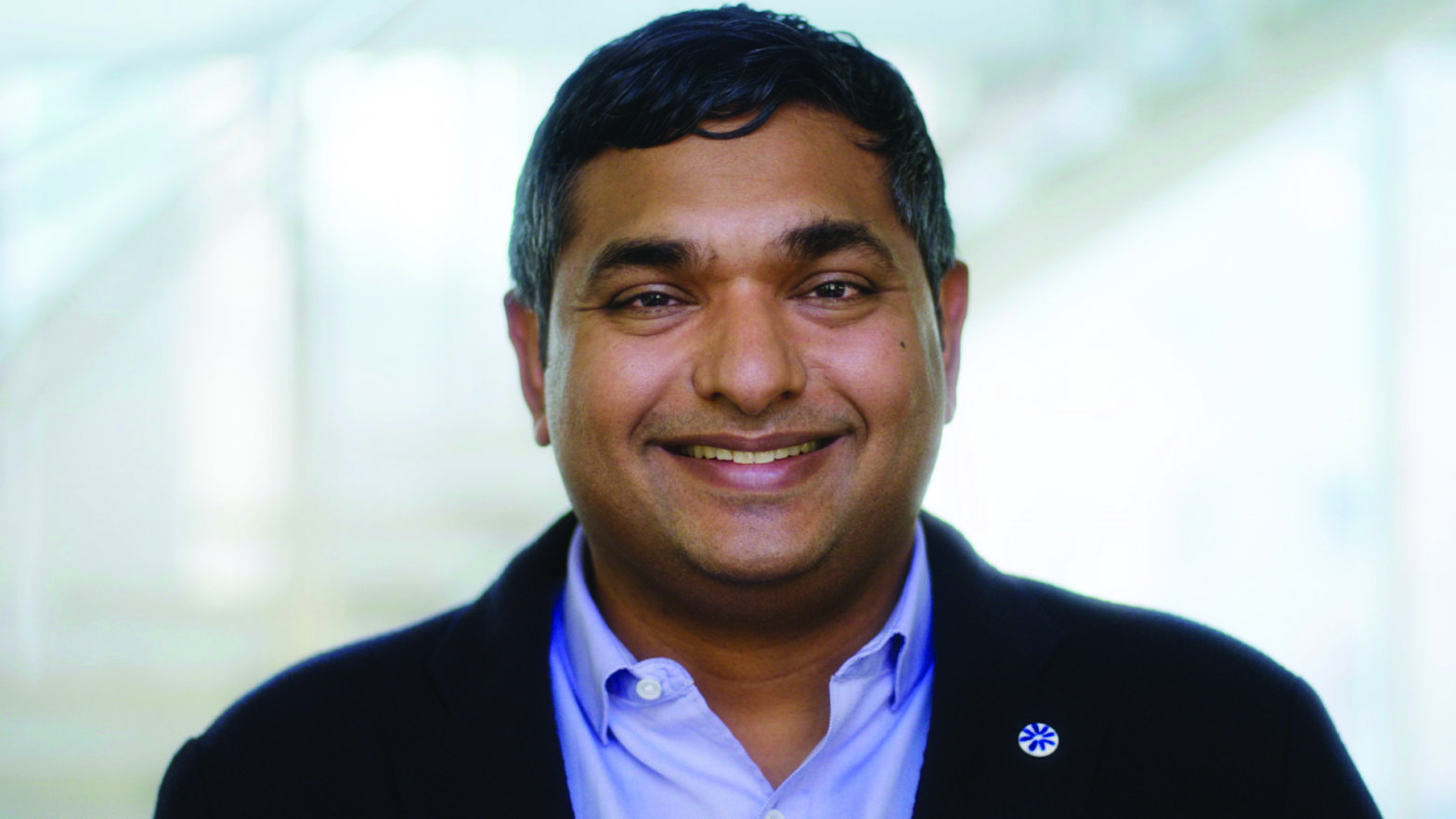 “At this stage of the pandemic, it’s about layering protections as much as possible.”

Gail was the world’s first patient to have the Pascal device implanted into her tricuspid valve.

Walking away from paralysis

It’s been two years since the first confirmed case of COVID-19 in Canada. We asked St. Michael’s experts for a look back on the pandemic – and what we need to do differently going forward.