How Jean Chan made her mark

If you look closely at the faces in the photo, she stands out.

It’s 1958 and St. Michael’s Hospital’s nursing program has graduated yet another class of smart, determined young women. Jean (Hong) Chan is one of them. She is different from all the others. She isn’t Catholic. And she’s Chinese.

Jean has a unique and yet familiar story. It’s the kind of tale we’ve heard before, the made-in-Canada story, only possible in a country built by immigrants.

It began with her father Fong Hong, and a small Northern Ontario town. As far as anyone knows, it was by accident that the Hong family planted itself in Chapleau. Rumour has it that Fong Hong was kicked off the train before he reached Toronto, his final destination. Far from his home in China, Fong had no money, barely any English and no French at all. The francophone village was so small it didn’t even have a road into it, just the train stop.

The year was 1914 and the drum beat of war was getting louder. Canada was trying to build a nation across a vast physical landscape, rich with resources but still scarcely populated. Hong saw opportunity. He started out by doing laundry. Like many newcomers before him, Hong built a business right there where the train dropped him.

In just a few years, Hong went from laundering people’s clothes to feeding them breakfast, lunch and dinner at his restaurant. Building a family was next but Hong couldn’t afford the $500 head tax on Chinese immigrants to bring a wife from his hometown. So he did what he was used to doing by now—he improvised.

“We don’t even know my grandmother’s true birthdate,” says Geoff Hong, his grandson. “My grandfather got black market papers that said she was from Victoria.”

When Geoff speaks about his family, he is both proud and sheepish at just how Canadian their story is.

His grandparents eventually built their own restaurant. They lived upstairs with their children who served customers as soon as they were tall enough to reach the counter. Life was good. Until the day Fong suddenly died, leaving Ma Hong, as his wife was affectionately called, and four little children, to survive without him.

The country was in the grip of World War II and the restaurant was hit by rationing that made it nearly impossible to serve real meals. It could have meant tragedy. But Ma Hong got help from the customers who year after year had sat at her tables and eaten her food. The people of Chapleau took turns giving Ma Hong their rations so she could stay in business. The young widow and her small children kept the restaurant afloat through dark days. The Hong family had become vital to this small town.

“There were times that passenger trains broke down in Chapleau, on the coldest winter nights,” says Geoff. “My grandparents insisted everyone come to the restaurant where they fed them and kept them warm until they could get back on the train. That’s just the kind of thing they did.”

This was the place that shaped Jean (Hong) Chan. A place where her parents were respected and people took pride in values like fortitude and compassion. When Jean came to nursing school at Toronto’s St. Michael’s Hospital, she found another community with values that reminded her of home.

Jean (Hong) Chan trained here, had a 40-year career here and in the end was a patient here before her death in 2018. “She didn’t want anything to do with any other hospital even though others were a lot closer to home,” says Geoff. “Take me to St. Mike’s or don’t take me anywhere.”

Private and modest is how her nephew describes Jean. But he wasn’t surprised to discover Jean had left a generous donation to St. Mike’s upon her death. Everything about Jean’s life pointed to a person who wanted to leave a legacy of service to others.

Just as COVID-19 reinforced a sense of duty at St. Michael’s and Providence Healthcare, the HUMANCARE campaign is elevating it. 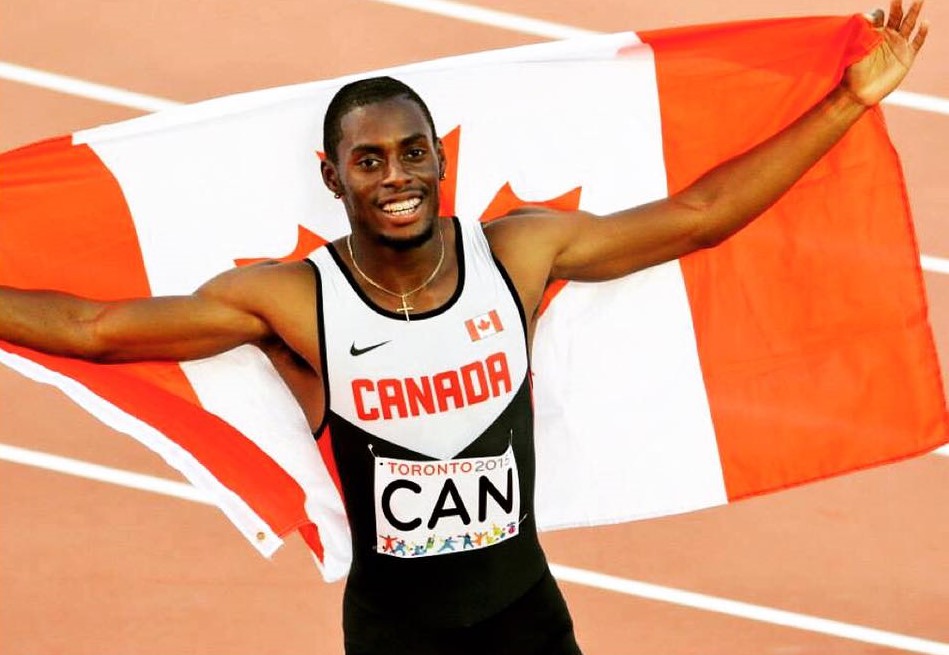 Sprinter Brendon Rodney was going for Olympic gold when his mom was rushed to St. Michael’s with an aneurysm.

Taking the STING out of kidney disease

“Some young people living with Type 1 diabetes will develop long-term problems like kidney disease. I want to change that.”