It’s time to care for the caregivers

Everyone suffers when the health-care system overlooks the needs of overburdened family members, says one patient advocate.

If anyone understands the challenges facing the “sandwich generation,” it’s Debbie Crowder.

She’s looking after her two youngest grandchildren while their parents work. A few years ago, she was taking care of another two of her grandchildren during the week. On weekends, she was driving from Pickering to Ottawa to check on her aging parents.

One group she’s advocating for? Caregivers – the family members, friends and partners who look after their loved ones, and who help navigate the complexities of the health-care system. According to a recent study, there are at least 2.7 million informal caregivers in Canada aged 47 and older, and that number is only expected to grow as the population ages.

Without them, many people would fall through the cracks. But caregivers’ own well-being suffers, she says: “The caregivers get forgotten.”

She’s witnessed it personally. When her elderly mother became seriously ill, her father stepped up to care for her, while also looking after their adult son, who has developmental disabilities. Already strained, Debbie’s father was later diagnosed with vascular dementia.

Her brother was thrust into caregiving for their parents. He became sleep-deprived, and often struggled under the burden. After her Mom’s passing, Debbie was able to arrange safety equipment, in-home personal care and a social worker for her dad, but there was no support for her brother.

“My brother was overlooked,” Debbie says. “You’d think that the people coming to the house to provide care to our Dad would have realized that he also needed support.”

Debbie’s mother died before she could be admitted into long-term care. As her Dad’s dementia worsened, Debbie arranged long-term care for him, where he lived before passing away. For Debbie, the stress of caregiving was compounded by enormous grief.

“I had to find my own mental health resources to help me deal with all of this. It was often overwhelming. Thankfully, my husband was supportive,” she says. “But not everybody has that.”

Debbie says the health-care system must start caring for caregivers as much as it does the patients.

“I want things to be better for my children and my grandchildren,” she says.

HUMANCARE means reinventing the care experience for patients – and their loved ones. Learn more.

Why this Toronto man is on a mission to halt multiple sclerosis.

The Irving family’s gift to St. Michael’s in support of patients experiencing disadvantage honours a life of service.

It’s been six years, and he’s living the life he wants to live. 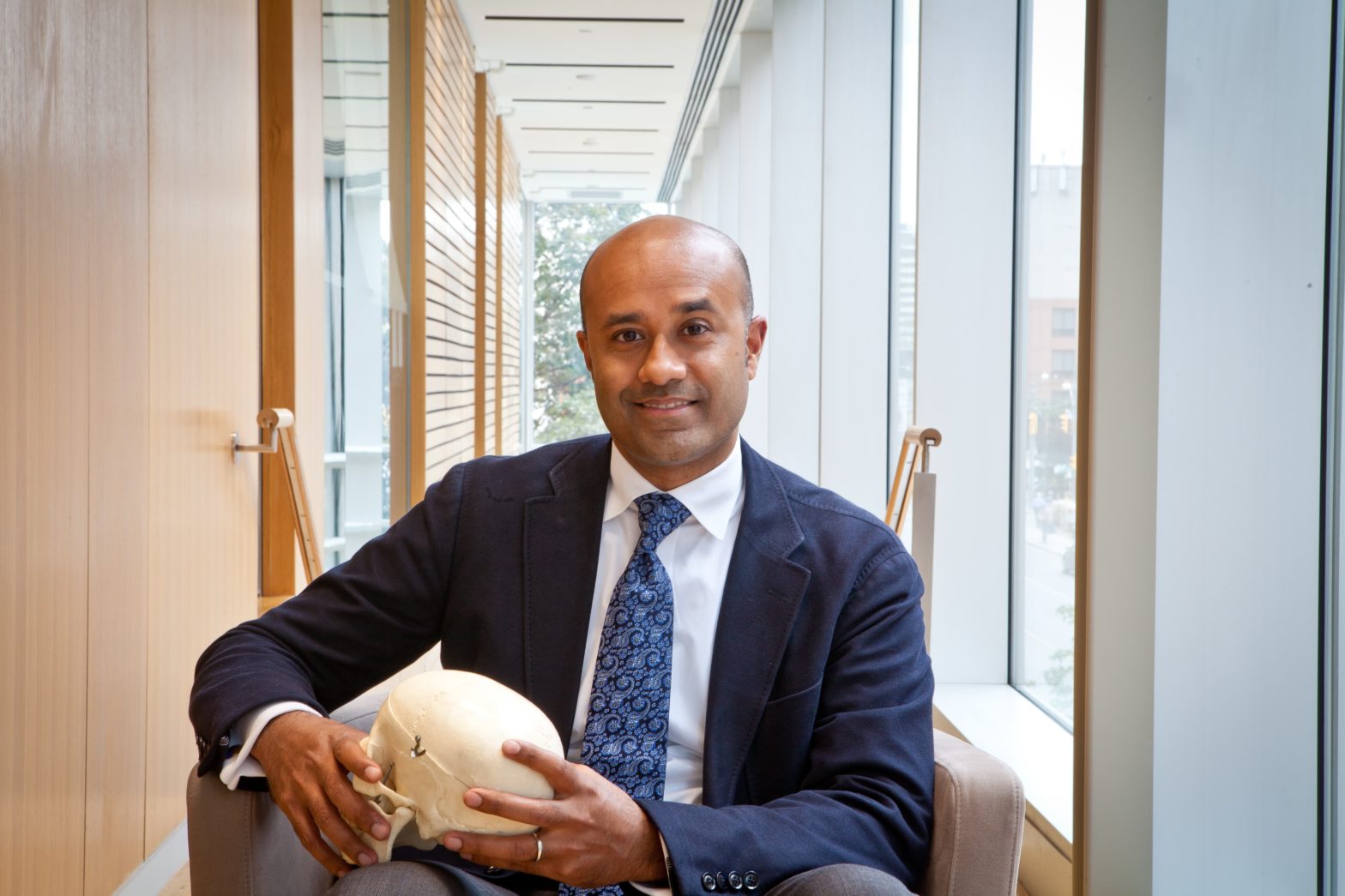 “All of us who go into medicine are driven by the fact that we can offer our patients hope at a time when they feel desperation.” – Dr. Sunit Das