“Every time Dr. Cusimano goes into my brain, my life gets better,” says one grateful patient.

“What started as a personal journey has become something much bigger”

In 2013, Bernardo Scalisi was working at a construction site when he had a sudden seizure. An MRI revealed a large tumour compressing his brain, which in time caused more seizures and severe headaches. “At one point, I thought my brain was coming out of my skull,” he says. Luckily, Bernardo was referred to Dr. Michael Cusimano, a renowned neurosurgeon at St. Michael’s Hospital. “We did our research and knew he was the best,” says Bernardo.

Biopsies revealed a grade 2 oligoastrocytoma brain tumour. Dr. Cusimano and his team performed a successful surgery, and Bernardo’s quality of life improved dramatically. But over the next seven years, another tumour developed. Last August he had a second surgery, and became the first patient at St. Michael’s to undergo a procedure using a new, cutting-edge robotic guidance system to precisely target the tumour.

As Dr. Cusimano explains, “The Stealth system provided real-time visualization to pinpoint the location of that small area of concern in his tumour. Because of the system’s accuracy, we were able to determine that it was not more worrisome than other areas.”

St. Michael’s acquired the Stealth system thanks to donor support from Mark Curry, Brian Medjuck and Jack Hope, as well as Brain Cancer Canada (formerly Brain Matters Brain Cancer Charity). It has since been used on as many as four patients each month.

Brain Cancer Canada, founded five years ago by the Scalisi family, is dedicated to raising funds for primary malignant brain tumour research, technology and treatment. Bernardo’s sister, Angela Scalisi, is chair of its board. “We couldn’t find a charity in Canada that focused on primary malignant brain tumours, so we decided to start our own,” she explains. “We were driven. We had a reason. But what started as a personal journey has grown into something much bigger. It’s not just about my brother anymore.”  To date, Brain Cancer Canada has raised almost $600,000, thanks in large part to its lead sponsor, Scotia Wealth Management.

As for Bernardo, he came through the surgery with no cognitive deficits. “He even beat me at Trivial Pursuit,” jokes Angela. Bernado considers the tumour a “gift from God. “It was a wake-up call to change my life and become a better person for myself and everyone around me,” he says. “My family was there for me. Now I’m there for my family.”

Bernardo left his construction job and became a paralegal working in immigration consulting, which he loves. He fell in love, and while plans for a September wedding were put on hold because of the pandemic, COVID didn’t stop the couple from having a baby. Their son, Massimo, was born at St. Michael’s on December 31, 2020.“Every time Dr. Cusimano goes into my brain, my life gets better,” says Bernardo. “I put all my trust in him. He gave me another chance at life – twice.”

Gratitude to the power of 10 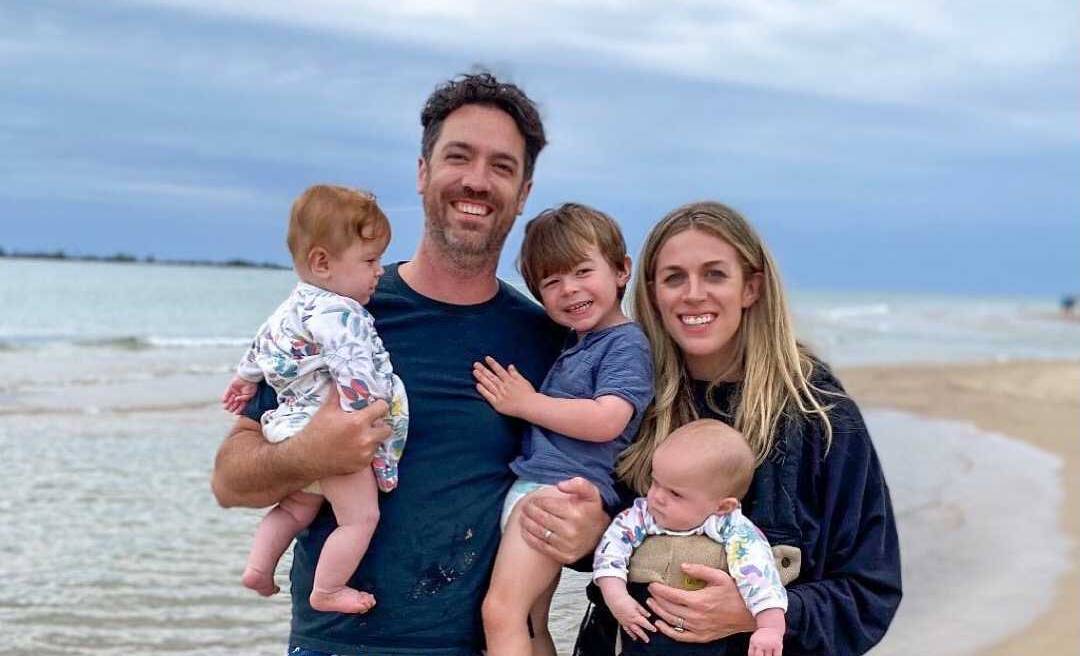 Growing “Team St. Mike’s,” one great experience at a time

High-powered entrepreneur is also a mother, and when she needed help, St. Michael’s maternal care and NICU teams were there. 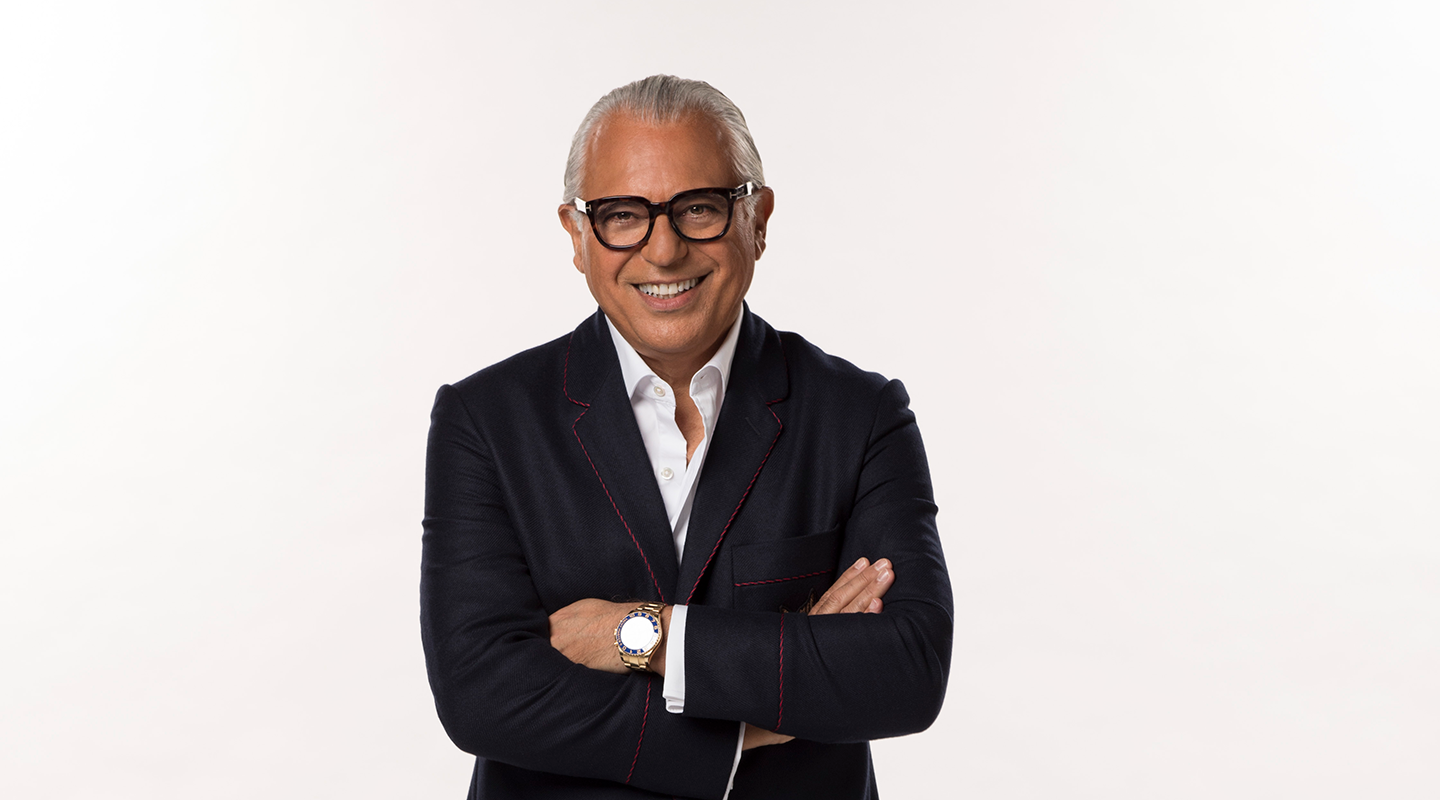 It’s the battle of medical breakthroughs

Angels Den judge Joe Mimran on why this live competition will have you on the edge of your seat.

The clinic that took on HIV when others wouldn’t 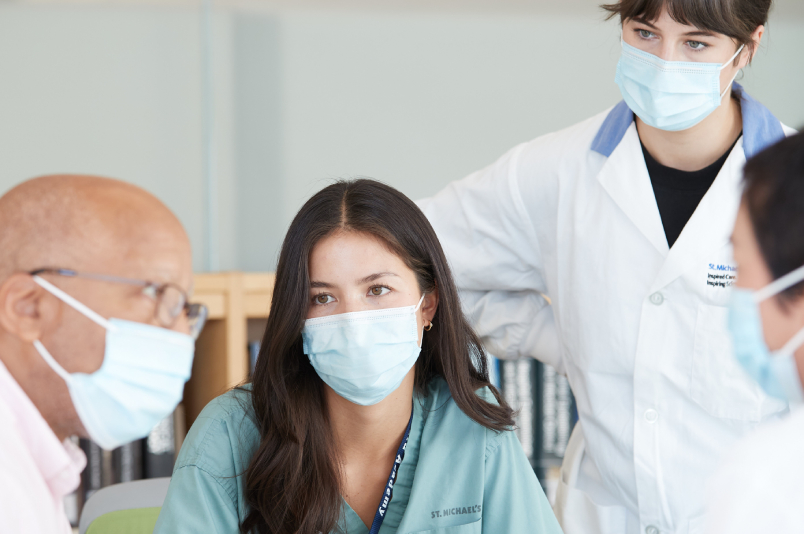 Medical students learn to treat patients as well as illness

We’re taking a different approach to education, recruiting the best teachers for medical students we can think of: patients.